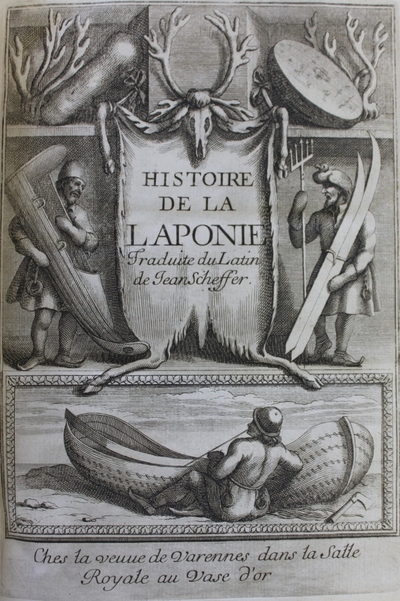 Humans have been studying one another for millenia, observing and interpreting the information they receive from opposing entities. Anthropology might not have become an academic discipline until the nineteenth century, but the documentation by European scholars illuminate the examination of human beings being practiced well before the establishment of the discipline. This book of the month examines Histoire de la Laponie (1678) by Johannes Scheffer (1621-1679), and the observations Scheffer conducted in constructing the book, as well as the cultural points highlighted. The book is a social and cultural history on the region of Lapland, focusing specifically on the people within the region. Even though anthropology did not become an academic discipline until the 1800s, Scheffer used anthropological techniques and observational skills in decoding the semiotics of the Sami.

Scheffer was twenty-seven years old when he moved from Strasburg to Uppsala to take up a professorship at the University of Uppsala as a professor of Eloquence; he would later become professor of Law and Rhetoric at the same university, then the university’s librarian.[1]He was invited by Queen Christina of Sweden, who was interested in expanding her personal knowledge as well as the kingdom’s knowledge of humanistic teachings of the universe.[2]Scheffer, along with four other professors and scholars at the university’s antiquities department, worked together to foster advancement in Swedish knowledge. These men, Scheffer, Loccenius (1598-1677), Hadorph (1630-1693), Stiernhielm (1598-1672), and Verelius (1618-1682), researched the Swedish language in order to create a dictionary, as well as the history of Sweden.[3] 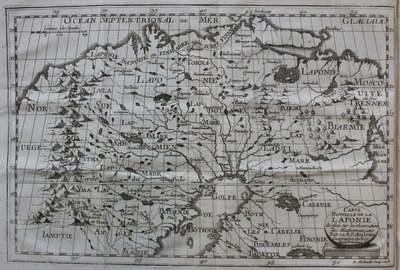 Lapland was a region in the Swedish Kingdom, now in Finland, just north of the Arctic Circle. Scheffer explained in the book that Lapland is like its neighbours, it rains sometimes, rarely in the summer when it is ‘balmy,’ and it only snows in the winter. The sun does not set during the summer, and does not rise during the winter months. The land varies in each area; some regions are sandy, stony, and uneven in landscape, while others are hilly with grass covering the horizon. Scheffer lists the various animals and plants that can be found in Lapland as well; the more common of the two are reindeer and fir trees. By doing all of this, he mapped out not only the geography of the land, but also explained how the Lapland people existed.

The people of Lapland, the Sami, lived amongst nature; their bodies fit to experience the wilderness of the land. According to Scheffer, they were short in stature, pale skinned, with long black hair, and swift on their feet.[4]They hunted using broad bows and arrows, and during the winter, they used a form of snow shoes to stop above the snow. Their diet consisted of reindeer meat, dried salmon, berries, and local game.

The Sami’s main religion was Lutheranism, although a few Sami continued practicing pagan ceremonies. These ceremonies contained the rituals of worshiping an idol for harvest, as well as praying to multiple gods multiple times a day. The Sami also practiced magic ceremonies, using various tools in different rituals, usually depicted on the drums being used in the ceremony. 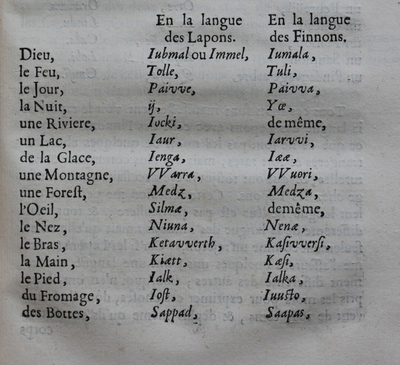 The Sami spoke their own language, which is similar to the Finnish language, with the same base language and roots. Words like water, night, bird were all the same sounding word, only having a different spelling; however, it was different enough that they were unable to speak to their neighbours. When it came to trading goods with their neighbours, the Sami would therefore use silent gestures, having to rely only on nods and hand gestures. They would trade goods such as hide, garments made by the women of the Sami community, herbs that were found only in their community, and dried fish which they prepared by the river daily.

Scheffer wrote this book, to change the perception neighbouring kingdoms had about Lapland. Olaus Magnus (1490-1557), in 1555 had written Historia de gentibus septentrionalibus, which is an account on the history of the Northern people, today Scandinavia.[5]This account had been contentious for the book stated that the Sami were wizards using dark magic to win Sweden’s battles.[6]As a result, people were afraid to go to Sweden, thinking that they would be attacked or killed by these monsters that roamed around Lapland. Scheffer was commissioned in 1671 by Magnus de la Gardie (1622-1686), to write an account on this north-eastern region of the Swedish kingdom in order to bring back people and scholars to Sweden, and to defend the kingdom from these false accusations.[7]Scheffer’s job was to focus on the culture and geography of Lapland and the people, but especially their conversion to Christianity, hoping that it would change peoples’ minds about Lapland being full of wizards.[8] 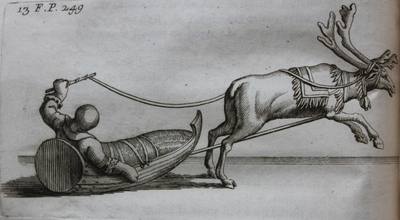 Scheffer had written an ‘accurate’ account for its time, but his sources were not based on his travels. Both he and de la Gardie knew that Scheffer would not write the book if forced to go north of Uppsala. The book is based therefore, not on Scheffer’s personal travels and observations of the Sami, but on the observations of items from the Sami, and eye witnesses of the Sami. He rummaged through items made by the Sami, and passed his scholarly judgement on how they lived. He also used Olaus Magnus’ book as a source of information, and drew on his observations.[9]De la Gardie, for his part, helped Scheffer as well by writing to the parishes in Lapland to send all stories and information they had on the people, so Scheffer could write the book. This provided valuable information but the fact that Scheffer lacked first-hand experience of the Sami people explains the sometimes indecisive commentary of his book and he struggled with the information he wrote about the Sami.

Even though he did not personally observe the Sami culture, he still utilized anthropological techniques to create his account. Scheffer decoded the semiotics of the items and the stories he heard from pedlars and merchants, and put together this account, which focused on historicizing the culture of the Sami. Margaret Mead (1901-1978) pioneered the use of images to conduct anthropological work; in her analysis on a Balinese community, she only took photos of the people in order to note the cultural trends.[10]Her photos may have been staged (as other anthropological work was during the rise of anthropology as a discipline), but her point about utilizing different methods to perform anthropological research was a valid argument. Scheffer’s work may have been centuries before Mead and in a different country, but Scheffer was well before his time in thought and execution on research.

It is important to look at Scheffer’s book, not only because it looks at the cultural history and geography of Lapland, but also because it is an indicator of the other historical travel books written during this time. Other scholars and travellers performed these anthropological techniques in their accounts as well, mapping out the world society for their kingdoms and countrymen. Essentially, anthropology was practiced for centuries, well before the conception of a discipline was developed in the 19thcentury. Today, anthropology and history work with one another to aide in the research and analysis of the subject, and this book illustrates just how well these two disciplines work well together. 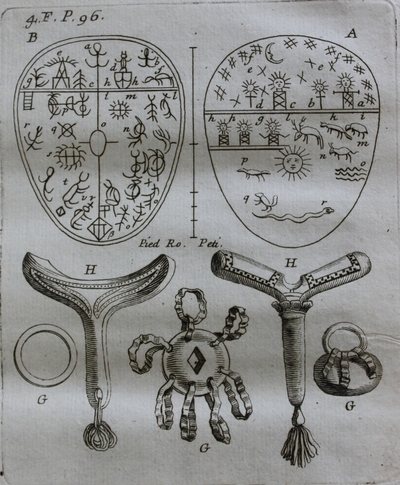